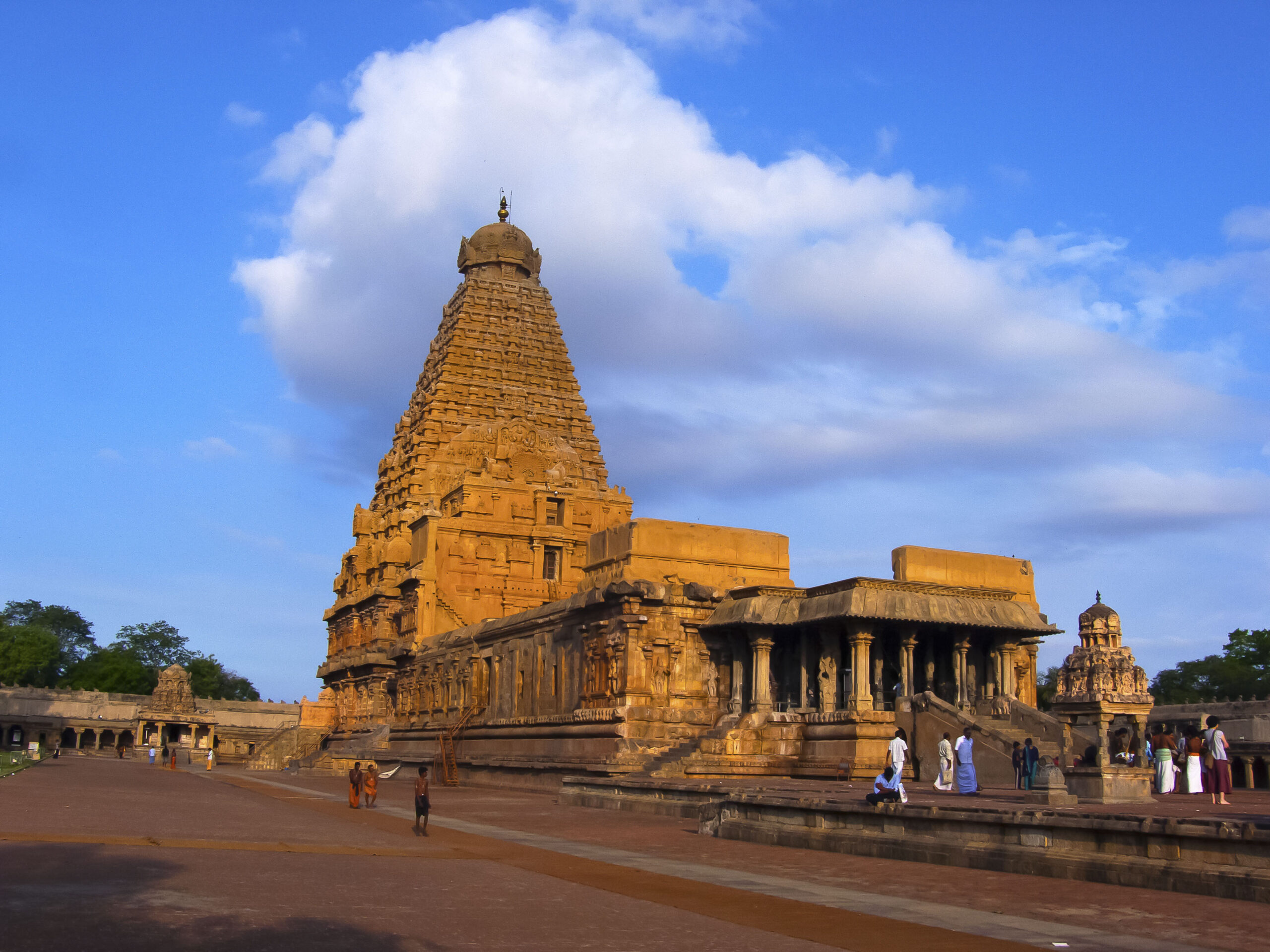 People in India believe that worshipping God and visiting Temples is more than simply a ritual; it is a way of life. As a result, temples are extremely important since they are thought to cleanse and purify human spirits. Rather than spiritual significance, temples usually have a significant historical significance, and this essay attempts to describe the history of one of the most prominent temples that attract visitors, as well as a UNESCO World Heritage Site – Brihadeeswarar / Pervudaiyar Temple. Brihadeeswarar Temple has both cultural and spiritual significance in Indian history.

The inevitable History of Brihadeshwara Temple

The Brihadeeswarar Temple is also known as the “Thanjavur Big Temple.” Before delving deeper into the temple’s history, here are a few intriguing facts regarding the Big Temple.

According to the Vedas, there were two prominent caste systems in Hindustan in the past: Saiva and Vainava. People who follow Saiva worship Lord Shiva as their Supreme Being, whilst Vainava worship Lord Vishnu as their god. The Saiva religion is regarded to be the Divinity of the Tamil people, and it was once practiced by many countries throughout the world. The “Cholas” were the people who promoted the Saiva faith and way of life. The Chola Dynasty believed the Bay of Bengal to be a little lake, and they extended the splendor of the Saiva faith over several realms. The Tanjore Brihadeeshwara Temple was built by one of the Chola Dynasty’s great emperors, Raja Raja Cholan, and designed by Kunjara Mallan Raja Rama Perunthachan.

The Brihadeeswarar Temple was dedicated to Lord Shiva by the important and famous ruler Raja Raja Cholan. The rocks used for the construction of this Grand Structure came from many surrounding states. It took roughly 25 years to shape those rocks and another 9 years to arrange them in order, for a total of 34 years to build this monument.

Sadhaya Vizha is performed every year to commemorate the birth anniversary of the Great Chola King Raja Raja Cholan. It is typically observed during the Tamil month of Aippasi, which runs from mid-October to mid-November. The 1036th Sadhaya Vizha will take place in October of 2021.

Architecture of the Brihadeshwara Temple

This temple contains numerous wonders. The temple is built in the style of a rock. The temple’s foundation is constructed in a very precise manner, taking into account the inclination of the Earth’s Axis. This temple was methodically built utilising the bipolar technique, and the temple tower was built using a low weight monolith. This Grand Structure was created in such a manner that it can adjust to the rotation of the Earth, which is why it still remains upright even after Tanjore was rocked by five Earthquakes.

Each brick in the Temple has creativity and hundreds of stories. This Temple functions not just as a spiritual centre, but also as a bank, an art gallery, and a communal attraction. Inscriptions at this Temple allude to this location as “Rajarajeshwaram”.

Even after thousands of years, this Grand Structure stands as a time witness, weathering countless natural calamities and enemy invasions. World Experts were astounded by the Temple’s building process.

Who Constructed the Brihadeshwara Temple?

For a long time, there were many disagreements about who built the Brihadeshwara Temple. According to the book “Brihadeeswara Mahamathiyam,” the Great Karikala Cholan erected this Grand Structure to cure himself of an incurable ailment.

In 1886, a German scholar called Heilsch began researching the temple’s inscriptions, and after 6 years of hard investigation, he determined that the temple was erected by the Great Emperor “Raja Raja Cholan”.

The Inscriptions on the Temple

Several pebbles discovered in the foundation of the temple prakaram during a renovation project a few years ago astounded everyone since each stone has a name inscribed on it, from goldsmiths to stone donors and anybody else involved in the temple’s construction. The ruler Raja Raja Cholan has made certain that no name was left out of history.

Though many people were engaged in the temple’s construction, a few notable individuals should be noted, including Chief Designer Kunjaramallan and his assistants Nitha Vinodap Perunthachan and Kandarathitha Perunthachan, Raja Raja Cholan’s sister Kundavai for her contribution, and so on.

The Temple Tower or Vimanam of Peruvudaiyar Temple is one of the highest in South India, standing upright for around 216 feet and weighing approximately 80 tonnes. The procedures used in the construction of this Structure’s Temple Tower interest international specialists.

First, a tank-like structure with a depth of about 350 feet was built, and sands from rivers in the Western Ghats were put in it before the building was completed as a double wall. This temple tower building is similar to the renowned “Tanjore Doll” structure (Thalaiyati Bommai). So, the base of this edifice is made entirely of sand and is structured in such a manner that it responds to the movement of the Earth and thus stands magnificently even after several natural catastrophes. Dynamic Architecture is the name given to this type of building.

The Maha Nandi, or Holy Bull – the Vehicle of Lord Shiva, is carved out of a monolithic rock weighing over 80 tonnes and is one of the highest Nandis in Indian temples. The Nayak Emperors of the Vijaya Nagar Dynasty sculpted this Nandi Statue in the 16th century AD. The Nandi sculptured for this Temple is located in the South Direction of this 16-legged Hall.

Lord Shiva is the Temple’s main deity. The Linga Statue is around 12 feet tall and is one of the tallest statues in South India.

Parvati, Ganesha, Kartikeya, Dakshinamoorthy, and Varahi are among the other main deities.

The Temple Tower’s shadow will never fall to the earth, which is one of the reasons why many specialists across the world are baffled by the architecture of this Peruvudaiyar Temple.

The truth behind the Shadow is that the tower is built perpendicular to the Earth with not a single degree of inclination, and the base of the tower is significantly greater than its Vimanam.

Many foreign invaders robbed the temple regularly, while the French and British demolished the art gallery, and even after many natural disasters, the Brihadeeswarar / Peruvudaiyar Temple stands chivalrously.