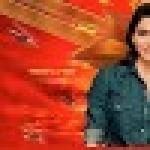 “Doctor Strange in the Multiverse of Madness”-Movie-Review